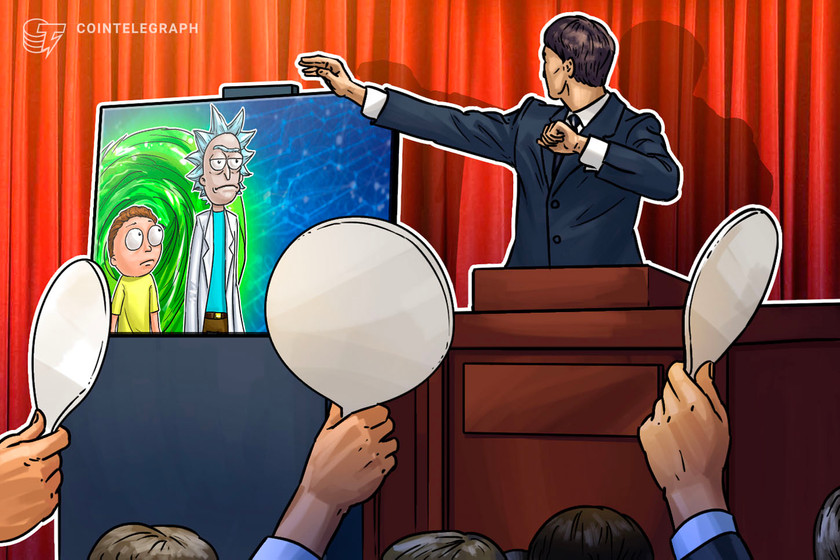 The platform stated it would offer “several original artworks” from Justin Roiland as part of his NFT collection.

The Winklevoss-owned Nifty Gateway has announced the auction of a crypto art collection from the voice actor and co-creator behind Adult Swim’s cult animation series Rick and Morty.

According to a tweet from Nifty Gateway today, the non-fungible token, or NFT, marketplace will be auctioning artwork from Rick and Morty co-creator Justin Roiland on Jan. 19. The platform stated “several original artworks” from Roiland would be offered as part of the collection.

We are thrilled to welcome @JustinRoiland to Nifty Gateway for his first ever crypto art release! The full collection features several original artworks from Justin and will go live next Tuesday, Jan. 19 at 7 pm ET. pic.twitter.com/cHppLujZlo

The Rick and Morty co-creator first tweeted about Bitcoin (BTC) in 2015 and he mentioned the crypto asset during a GQ video last June, saying viewers should “watch out for the economy collapse that’s coming up — buy Bitcoin and crypto”. However he then added: “Maybe don’t do that.”

Nifty Gateway has acheived some noteworthy sales auctioning NFT crypto art. In December, the marketplace hosted an auction featuring a collection of artwork inspired by technology, nature, and Star Wars that ultimately sold for $3.5 million, with one piece selling for $777,777. The previous record set for the most-valuable artwork auctioned on the marketplace was held by Trevor Jones’ NFT “Picasso’s Bull,” which sold for $55,555.55 in August.

The Rick and Morty animated series has a well-established fan base, some of whom are crypto fans as well. José Delbo, a comic book artist who has also auctioned his NFTs on Nifty and had his art featured in the Ethereum-based virtual reality world Decentraland, called the entry of Roiland into the digital art world “very exciting.”

“With Jose blazing the trail it’s great to see other amazing comic and cartoonists enter the space with their fans,” said Twitter user CryptoRich0x69.

“What a great time in the history of art.”